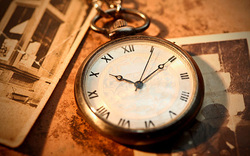 History and Background
​MANOFA as we know today has its humble beginnings associated with a gathering of malayalee people of Jacksonville in the year 2000 at the Ramada Inn off of University Blvd. In the year 2000, we had just a handful of malayalee families in Jacksonville and it was indeed a very happy occasion for all participants. From then on, for the next 3-4 years,  Onam get-together was an event that was eagerly awaited for by the malayalee families in Jacksonville

MANOFA has grown bigger and stronger every year from there onward and became the reflection of cultural integrity of all Keralites reside in North Florida.

About Kerala, often referred to as "God's Own Country"

The name of the state of Kerala has been taken from the word Keralaputra (land of the sons of Cheras), as mentioned in one of the Ashokan edicts dating back to 273-236 BC. Chera was the first large empire that took roots in this state, and continued to use Tamil till 7th century as their administrative language. The Chera power declined in the 10th century AD, after Cholas, the rulers of Tamil Nadu, were successful in overthrowing the dynasty. After the decline of Cholas in the 11th century, gradually political power in the state went into the hands of the Zamorin of Calicut. In 1496, Vasco da Gama became the first European to find a route to India through sea and started a long-time fight for the power in this region between the Portuguese, British, and Dutch.

For a brief period in the middle of 18th century AD, Travancore, with the help of petty kingdoms, tried to control the political power of Kerala. Haider Ali and Tipu Sultan also tried to annexe the areas south of Travancore, but could not fulfill their dream as they were attacked by the British from the east and had to withdraw. After Tipu's first defeat by the British, the Seringpatnam Treaty brought all the captured parts of Kerala directly under the British and Travancore and Kochi became princely states under the British. Kerala became a separate state only in 1956 when new states on the linguistic basis were created in India. Formerly it was a part of Madras state and to carve out a new state the regions of Travancore, Cochin, and Malabar were added into one to be called Kerala.

Kerala, one of the smallest states in the Republic Of India was formed in 1956. People from Kerala are called Malaya lees. Kerala is listed in the Top 50 Must-SeeDestinations of a Lifetime by National Geographic Traveler. In modern times the Malaya lees have migrated in large numbers to different parts of the globe for employment, education, business and have adapted themselves seamlessly into local societies. The literacy rate in Kerala is over 95% - one of the highest in India. The professionals of Kerala are among the most sought-after experts in the fields of medicine, information technology and engineering. The contribution by the Malayalee diaspora to the Kerala economy is immense.